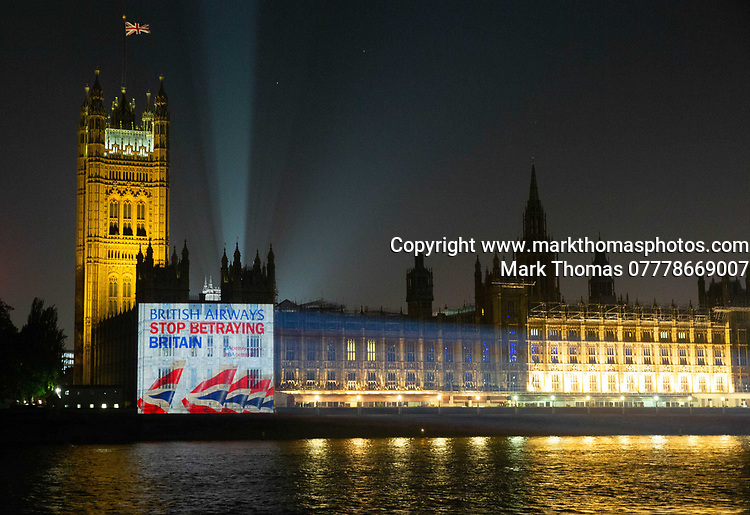 British Airways 'Stop Betraying Britain' projected onto The Houses of Parliament
Unite launches a major campaign to oppose British Airways Betrayal of Britain. The campaign was launched on May 22nd against BA's opportunistic plans to use the Covid-19 pandemic to betray thousands of staff and the public. The company has served BA workers with a Section 188 notice which effectively sacks 42,000 workers and brings them back on considerably worse terms and conditions.
www.markthomasphotos.com Mark Thomas 07778669007